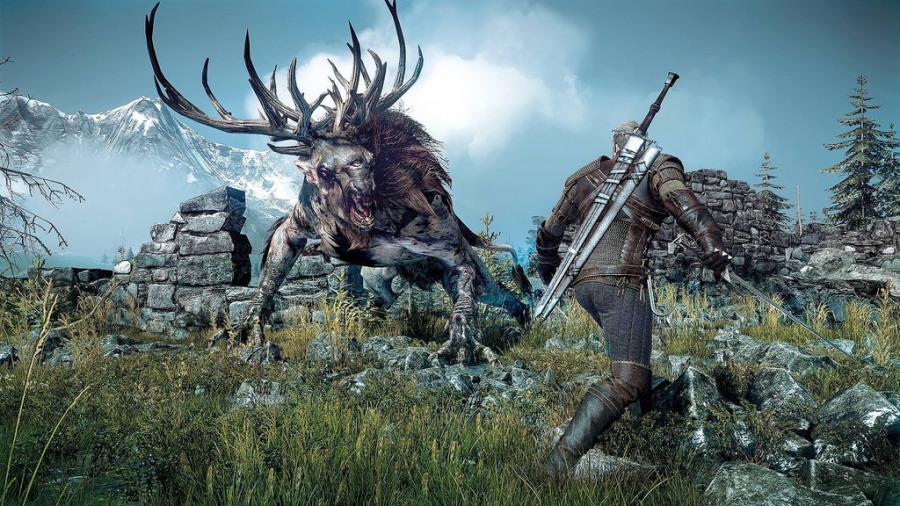 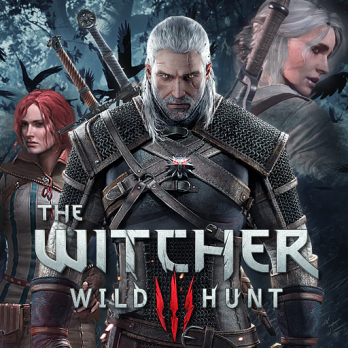 Having ploughed (maybe not the best word in context) through Witcher 2 I went straight on to Witcher 3: Wild Hunt. First of all, I have to say I am in awe of the work done on this game. Witcher 2 is in some ways quite a confined game. With this game they broke down the walls and made instead the game that any RPG fan would want.

In some ways this era could turn out to be a golden age of RPGs. Not necessarily, as for me story and a sense of place are the alpha and omega of an RPG. It’s not a given that these will improve. On the other hand, there seems to be a real sense of learning. I’m sure games developers play the output of other studios more extensively than me. I tend to find a game and play it to death. One a year can sometimes be enough. Nonetheless, I can still see cross-pollination for the good.

Elder Scrolls and particularly Skyrim reimagined the scope and beauty of a single-player open world RPG. This clearly had an effect in the development of Dragon Age: Inquisition. Horses become a standard feature (also through Red Dead Redemption) and the possibility of exploring a vaster landscape unfolds. But gamers aren’t satisfied they want to fight from horseback and this mechanic appears in the Skyrim DLC. It’s not quite there yet. Now Witcher 3 comes along and (at least on keyboard and mouse) it now works and, most importantly, is fun.

There are many points in Witcher 3 that I felt that the designers were responding to something that fans of RPGs wanted and it is then delivered. None of this is to say the RPG form has been perfected. Far from it. There is so much more that can be done and some things that should be dropped but this is for another post. The point here is that CDPR with Witcher 3 gave me a real sense of responding to what people want.

Personally, I immediately felt that my issues with the previous games had been addressed. It was no longer aimless, rather it gave clear opportunities to progress the storyline as and when suited. The graphics were once again improved (beardy Geralt is a huge improvement over previous versions). The combat was enjoyable, the interface more intuitive and gameplay was more logical (e.g. taking potions before a big fight actually possible).  After the trio of barren locations I had endured in Witcher 2 a more verdant and varied vista opened up before me

Last but not least, the VA was a step up from previous games. There was a bit more variety there (helped by more expressive animations), although there are a number of times when Geralt acts needlessly put upon, sighing when exiting a shop screen for no apparent reason and saying a begrudging ‘fine’ more times than I can count. The greater length of the game and opportunities for interactions also mean Geralt is able to show more of his character than before.

I knew I was going to choose Yennefer based on the fact that she was who he was with before he lost his memory. It seemed a bit odd to sideline Triss after spending the game before trying to save her but Geralt lets on several times that easy-going sweetness is not his bag and when previously in possession of all his faculties he had chosen Yennefer. If in doubt, do what you think the character would do.

The game moves on to Skellige and once again I was in awe. This viking-celtic mishmash setting (perhaps meant to be Orkney or the Shetlands) could have been the whole world for many a game and here it is just one place to visit. I think on this in more depth. Skyrim has myriad locations but actually how extensive are they? Even Riverun is only a few screens, probably only a part of the size of Oxenfurt let alone Novigrad.

I have probably only played a tiny fraction of RPGs out there. Still, some things stick in your mind. There’s a game called Summoner on the Playstation 2, horrible controls/gameplay, mediocre graphics, good story and a fabulous setting. Reasonably early in the game you get to the main city, Lenelle. You first enter the market on the outside then and interior market region. From there you can progress to the old town, the upmarket district and the temple area. I don’t think I’d ever seen so much space given to an urban environment before in an RPG. Now I expect nothing less.

Initially, I ignore Gwent. Once I get a feel for the shape of the game I restart in completionist mode. This time I learn Gwent. Who are all these characters on the cards? Oh look, there’s Phillipa Eilhart again. She’s referred to again but first time round I missed ‘Redania’s Most Wanted’. There are others, Milva, Cahir, Regis. Menno Coehoorn I recognise from the back story of the Dun Banner. I still want to know more about Brenna and Sodden.

I complete the main quest and move on to Toussaint. Riding out of Beauclaire I often have to stop and spin around the panaroma. Once again, I am in awe. Ah hello, here’s Regis from the Gwent card.

Something is nagging me at this stage. All this interaction with people Geralt knows but are strangers to me. I feel like I’m missing out on a lot of references and back history. I feel a bit like an outsider when I should be right in the midst. This was fine when in the previous game Geralt was recovering from amnesia but now I need to know the full story. I feel like I’m coming in late on this and I hate coming in late. I want to start from as close to the beginning as possible.

There is only one solution…I have to now read the books.